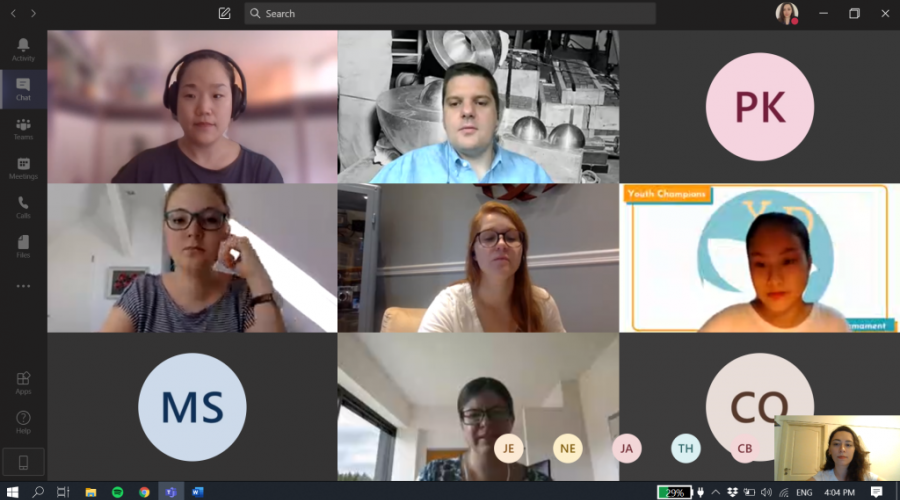 The UN Youth Champions for Disarmament recently had an opportunity to learn from two members of UNODA’s Weapons of Mass Destruction (WMD) Branch. They reminded us that we can reshape the world if we work together to free it from nuclear, biological and chemical arms.

“Nuclear disarmament has been a top priority for the United Nations,” said Mr. Rene Holbach, who works in the WMD Branch. He added that building trust and confidence among States that possess nuclear arms is one focus of the Secretary-General’s Agenda for Disarmament, “Securing Our Common Future”.

Mr. Holbach went on to explain how countries have worked together to reduce and eliminate nuclear threats through agreements like the Nuclear Non-Proliferation Treaty (NPT), the Treaty on the Prohibition of Nuclear Weapons (TPNW) and the New START Treaty. Though there are now fewer nuclear weapons in the world than during the Cold War, the danger has actually increased because more countries have acquired nuclear arsenals and relationships between many governments have deteriorated. The bombs dropped 75 years ago on Hiroshima and Nagasaki were small by today’s standards, but their effects still persist. The need to press for the elimination of all nuclear weapons is as urgent as ever.

To conclude, Mr. Holbach said COVID-19 has shown that unexpected crises can demand human-centred security and a united world response. It is our job, he said, to think about what this means in the disarmament realm.

All except four countries have now joined the Convention, and 98% of the world’s declared chemical weapons had been destroyed as of June 2020, Ms. Garcia said. She added, though, that chemical weapons have been used in the Syrian Arab Republic, Malaysia and the United Kingdom in recent years.

Ms. Garcia finished by stressing the need to restore the norm against chemical weapons and strengthen the Chemical Weapons Convention, which is an important part of international disarmament and non-proliferation architecture. She also invited the Youth Champions to challenge assumptions that further incidents of chemical-weapon use are inevitable. Young people, she said, have the power to make a meaningful contribution by raising awareness and advocating for change.

As Youth Champions, we are deeply grateful to Mr. Holbach and Ms. Garcia for leading us in a great discussion. We now feel even more inspired and driven to contribute to the field of disarmament and promote change for a more peaceful and secure world.