What is the Youth4Disarmament Initiative?

It is a youth outreach initiative established in 2019 by the United Nations Office for Disarmament Affairs to connect geographically diverse young people with experts to learn about current international security challenges, the work of the United Nations and how to actively participate.

The UN General Assembly reaffirmed the important and positive contribution that young people can make in sustaining peace and security through its unanimous support of its biennial resolution on "Youth, disarmament and non-proliferation", adopted on 12 December 2019 and on 6 December 2021.

In 2021, the United Nations General Assembly recognized young people in all countries as key agents for social change, economic development, and technological innovation.

The General Assembly resolution 76/45 requests specific measures to promote the meaningful and inclusive participation and empowerment of youth on disarmament and non-proliferation issues, including through the effective utilization of the dedicated digital platform Youth4Disarmament & token grants and awards supported by voluntary contributions.

Resolution 76/45 also requests the Secretary-General to seek the views of Member States, the United Nations, other relevant international and regional organizations and civil society organizations on the promotion of youth engagement and empowerment activities in the field of disarmament and non-proliferation. These inputs will be outlined in a report to be submitted to the General Assembly at its seventy-eighth session.

In 2019, the United Nations General Assembly reaffirmed the important and positive contribution of young people in sustaining peace and security.

The General Assembly resolution encouraged Member States, the United Nations, relevant specialized agencies and regional and subregional organizations to promote the meaningful and inclusive participation of young people in discussions in the field of disarmament and non-proliferation.

In 2018, the Secretary-General also recognized young people as a tremendous force for change in the world who had “proved their power time and again in support of the cause of disarmament”.

He thus committed the Office for Disarmament Affairs, in partnership with all interested entities, to further invest in disarmament education, including through the establishment of a platform for youth engagement. 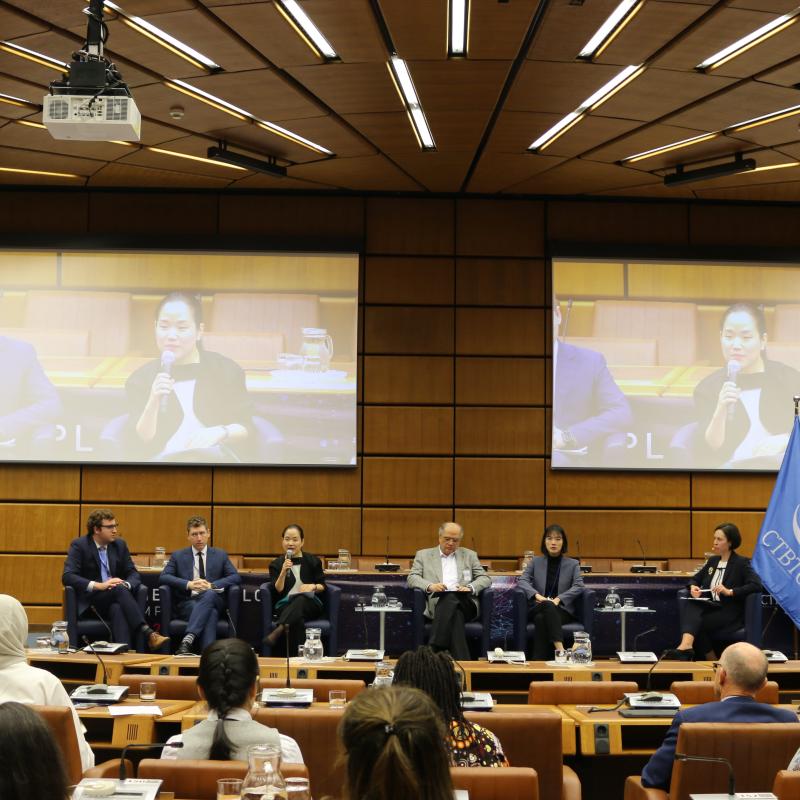 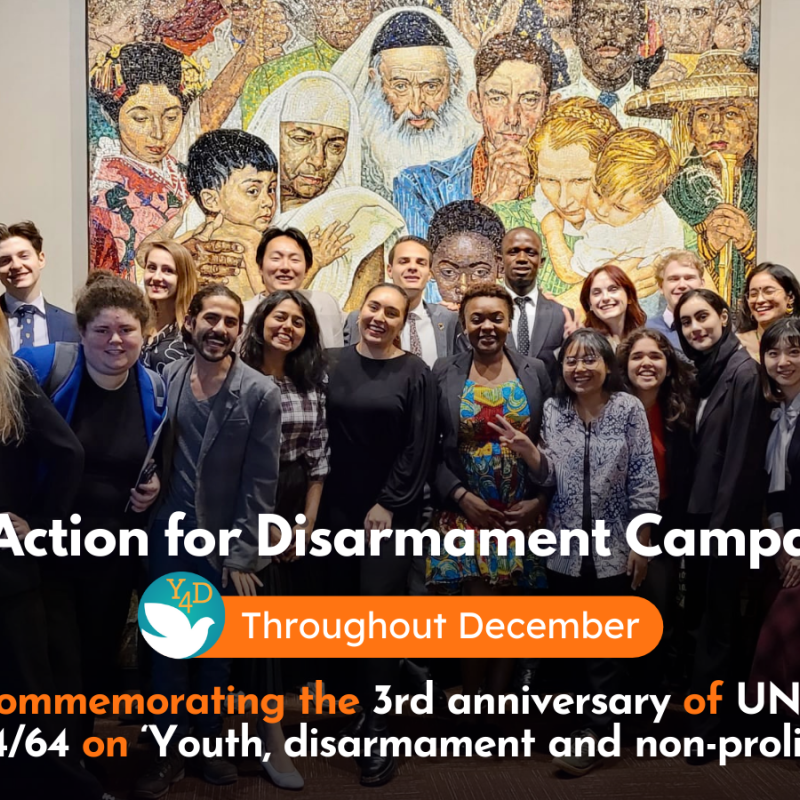 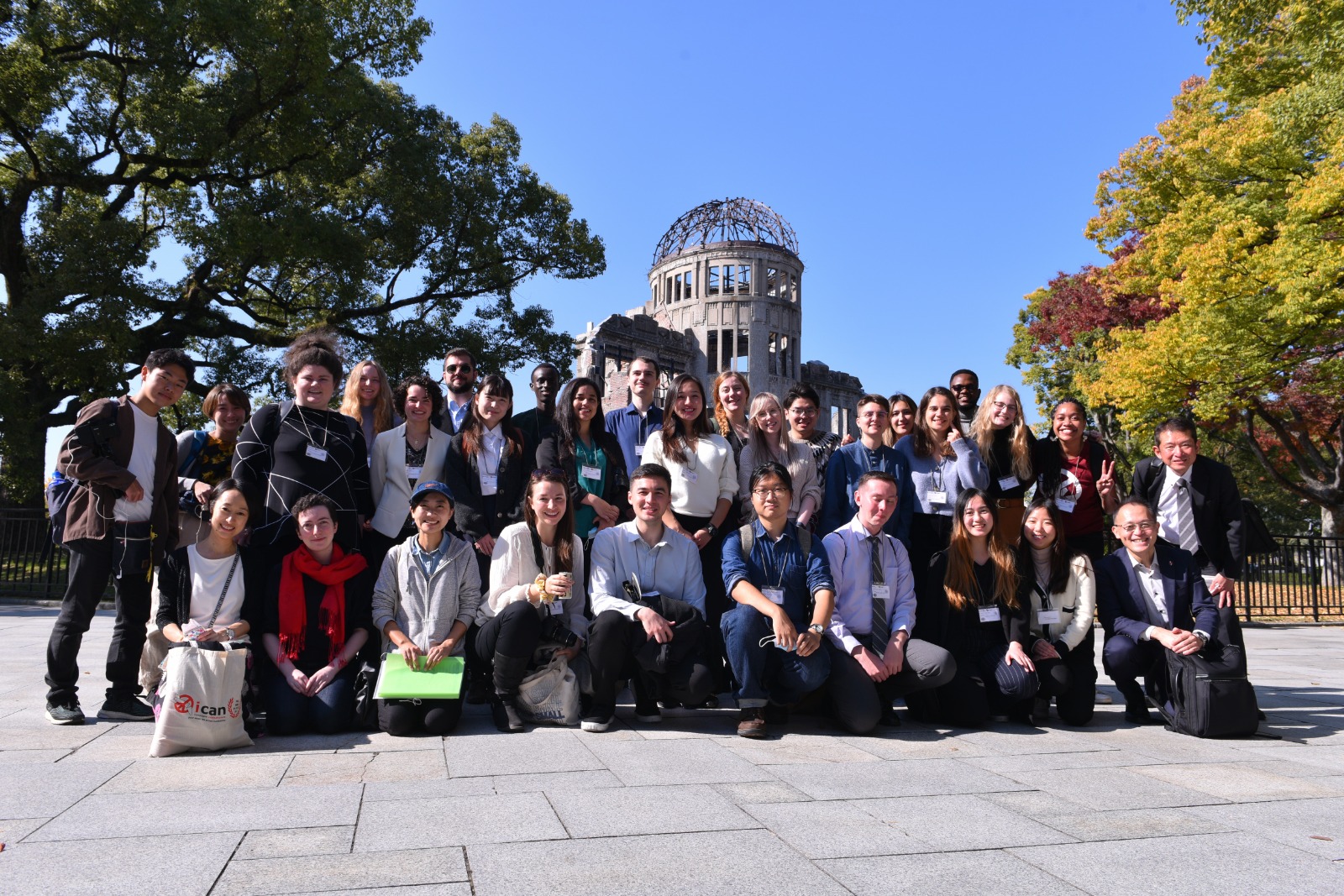 Celebrating Victories and Reflecting on the Work Yet to Be Done: The 2022 Hiroshima-ICAN Academy
Christelle Barakat
UN Youth Champion for Disarmament and UNODA Leader for Tomorrow
Over the past three years, I have been introduced to the beautifully challenging world of disarmament. Above all, every disarmament activity has caused me to visualize Hiroshima and Nagasaki on those two dreadful days, 6 and 9 August 1945. Working with the United Nations Office for Disarmament Affairs (UNODA) and Peace Boat US, I have been able to listen to the testimonials of many Hibakusha. Remembering their stories allows me to wake up in the morning with a rejuvenated passion for this field. Almost three years later, I found myself in Hiroshima through the 2022 Hiroshima-ICAN Academy, bringing my disarmament journey full circle. The academy provided the perfect ending for 2022, helping me mark the beginning of a new year by recommitting to persevere in our disarmament efforts.
VIEW STORY
END_OF_DOCUMENT_TOKEN_TO_BE_REPLACED
Community Calendar
27
Apr
2022
Reclaiming Our Futures: A Discussion on Environmental and Nuclear Justice, and Paths Forward
Reverse The TrendZoom
REGISTER HERE
4
Mar
2022
Virtual Youth Forum at Commission on the Status of Women (CSW66)
UN WomenVirtual via Zoom
REGISTER HERELEARN MORE
21
Jan
2022
A Pit Stop on Natasha Bajema’s Radioactive Roadtrip
James Martin Center for Nonproliferation Studies at MIISVirtual
REGISTER HERELEARN MORE
END_OF_DOCUMENT_TOKEN_TO_BE_REPLACED