74 Years of Nuclear Disarmament and the Contribution of Youth beyond 2020” – After wide-ranging dialogue, ODA launches call for applications from aspiring “Youth Champions” 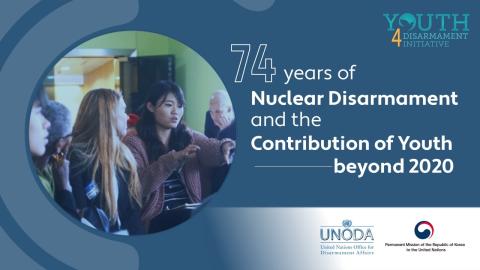 The United Nations Office for Disarmament Affairs (ODA) engaged approximately seventy young people in a wide-ranging discussion on youth action for disarmament to mark the 74th anniversary of the first UN General Assembly resolution, which established the goal of eliminating nuclear weapons and all other weapons of mass destruction. The event was organized with the support from the Permanent Mission of the Republic of Korea to the United Nations.