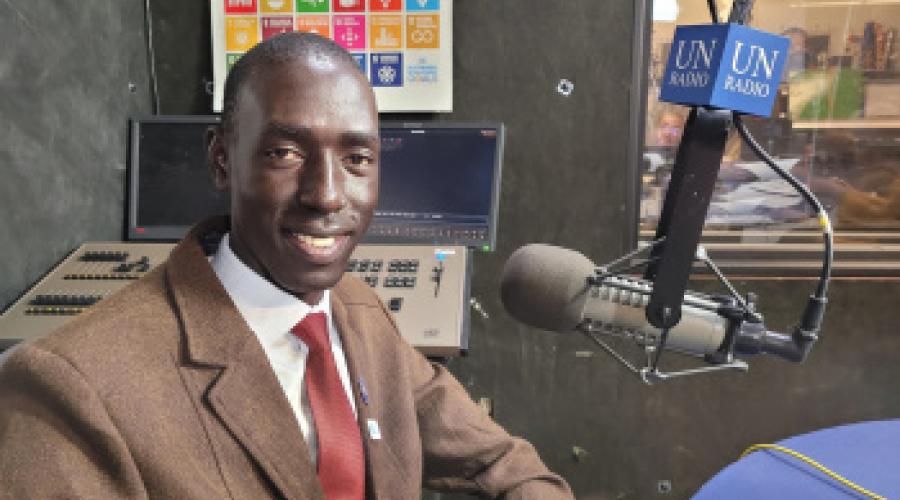 Ms. Soo Hyun Kim, a Political Affairs Officer leading Youth for Disarmament Initiative in the United Nations Office for Disarmament Affairs (UNODA) is joined by two special guests Jok Abraham Thon from South Sudan and Gail Prensky from Washington D.C. sharing their stories of making an impact in the world by changing minds from “bullets to books”.

This podcast is being released during the annual 16 Days of Activism Against Gender-Based Violence Campaign. This year’s theme is “Be the Change”, aiming to inspire people to make a difference in their communities.

Jok is a member of the #Youth4Disarmament Initiative and the founder and director of the Promised Land Primary & Secondary school in Juba, South Sudan. He founded the school at age 26 with an aim to build peace and unity through education in South Sudan. Since its establishment in 2016, 700 students who have been affected by conflict have graduated and 420 of those have gone on to University.

Gail Prensky is a creator, executive producer, and director of The Jüdische Kulturbund Project. Gail brings to this project a deep and first-hand understanding of the Kulturbund’s spirit and recognizes that their issues of living under oppression continue with artists around the world today. Her hope and dream is that the project will serve as a beacon of inspiration to all people.

Listen to the podcast here.