Winners of the “What If – Spesterra” Youth Video Challenge Announced

Winners of the “What If – Spesterra” Youth Video Challenge Announced 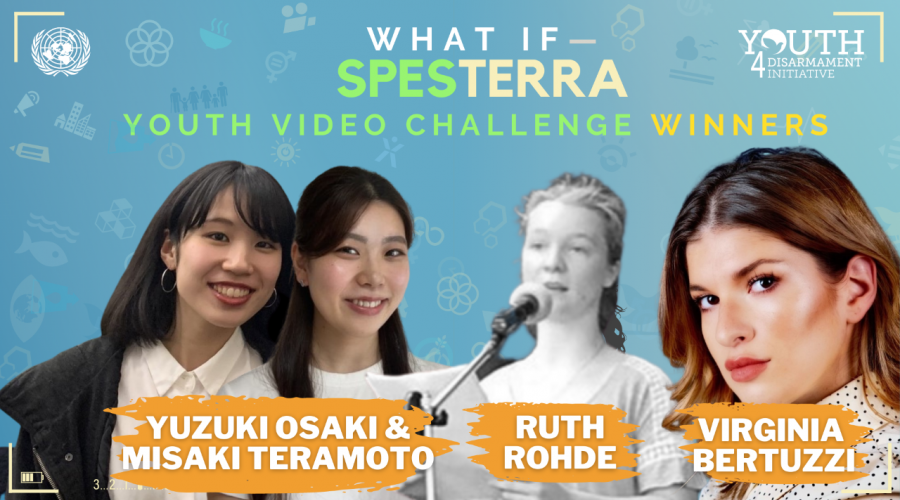 The United Nations General Assembly declared 2021 the “International Year of Peace and Trust”. It is also the first year of the Decade of Action to usher in ambitious steps to deliver on the 2030 Agenda for Sustainable Development. Against this backdrop, the Office for Disarmament Affairs is launching the “What if — Spesterra” Youth Video Challenge to stimulate young people’s interest and knowledge about the vital way disarmament contributes to a safer, more secure and sustainable world for all. The challenge was launched on World Arts Day, on 15 April 2021, and closed for submissions on International Youth Day, 12 August 2021. Young people between the ages of 18 and 24 were invited to participate in the ‘What If - Spesterra” Youth Video Challenge.

Through the challenge, young filmmakers around the world shared their vision of a world where more money was spent on peace and development and less on arms.

The following were the members of the panel of judges:

The United Nations Office for Disarmament Affairs were pleased to announce the winners during a special, congratulatory event on 14 October 2021. Three submissions were selected as the winning pieces, in the order listed below:

The virtual event took place on the margins of the thematic discussions of the United Nations General Assembly’s First Committee, spotlighting the contributions of young filmmakers to engage, educate and empower others on issues related to disarmament, non-proliferation and arms control through their artwork.

Speakers included the High Representative for Disarmament Affairs, Ms. Izumi Nakamitsu, UN Messenger of Peace, Mr. Michael Douglas, and Ambassador Maritza Chan, Deputy Permanent Representative of Costa Rica to the United Nations, who congratulated the winners and highlighted the role of young people as agents of change in their remarks.

The congratulatory event will be available to watch back on #Youth4Disarmament’s YouTube channel.

To view the winning submissions and to meet the four prize-winning filmmakers, check out the dedicated webpage on the #Youth4Disarmament Website.

Thank you to all who entered the “What If - Spesterra” Youth Video Challenge, our volunteers who translated the information into 19 languages, and all who supported the challenge through promotion on their channels and with their networks.