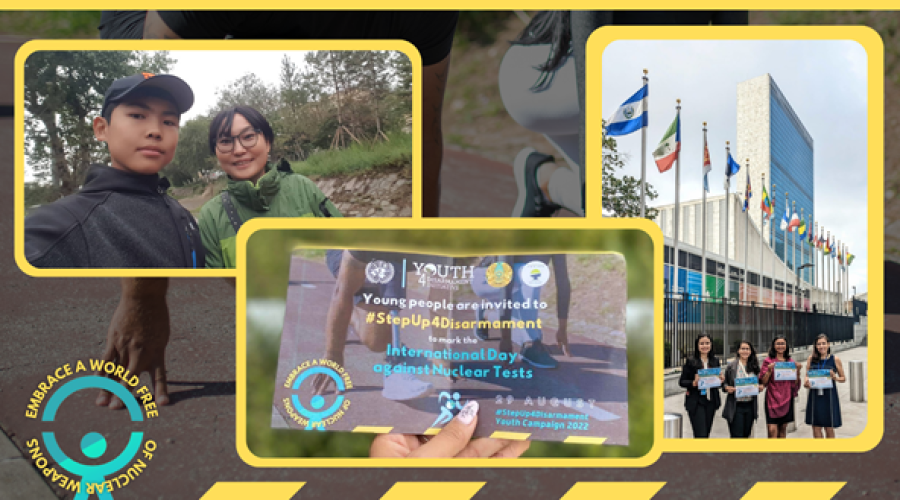 On 29 August 2022, 275 young people across the globe participated in the #StepUp4Disarmament Youth Campaign. Participants completed the distance of 8.29km to commemorate the International Day against Nuclear Tests and to raise awareness of the devastating consequences caused by nuclear testing. The United Nations Office for Disarmament Affairs (UNODA) launched the #StepUp4Disarmament Youth Campaign on 18 July 2022 with collaborating partners, the Permanent Mission of Kazakhstan to the United Nations and Youth Fusion.

As part of this year’s campaign, a group of young participants attended an in-person event hosted by the United Nations Office for Disarmament Affairs and its #Youth4Disarmament Initiative, to learn more about the impact of nuclear testing and the UN’s work to support the cause to ban nuclear tests. They were selected from their submissions on the role of young people in raising awareness of the International Day against Nuclear Tests.

The event began with the participants visiting an exhibition by Nihon Hidankyo at United Nations Headquarters entitled "Three Quarters of a Century After Hiroshima and Nagasaki: The Hibakusha—Brave Survivors Working for a Nuclear-Free World." The exhibit, sponsored by UNODA, tells the stories of atomic bomb survivors - known as Hibakusha - through testimonials based on first-hand experiences to exemplify the 70-plus year effort of the survivors and the United Nations to achieve a world without nuclear weapons.

Following the tour, young participants attended an in-person briefing held by the UNODA. Ms. Radha Day, Chief of the Regional Disarmament, Information and Outreach Branch, welcomed the participants and commended their inspiring submissions on the role of young people in raising awareness of the International Day against Nuclear Tests. Then, Mr. René Holbach, Political Affairs Officer with UNODA, presented on the impact of nuclear testing and the United Nations’ work to advance nuclear disarmament and non-proliferation. Mr. Holbach and the young participants discussed their personal motivation and inspiration to work towards the cessation of nuclear testing.

Participants then heard from three youth experts working in the field of nuclear disarmament in a hybrid panel discussion. Ms. Shizuka Kuramitsu of Asian Network of Trust – Hiroshima, Mr. Benetick Kabua Maddison of Marshallese Educational Initiative and Ms. Aigerim Seitenova of Youth Fusion, presented on their projects to amplify the voices of impacted communities from the use, testing and legacy of nuclear weapons explosions, as well as discussed the ability to engage and educate others on the topic through storytelling. 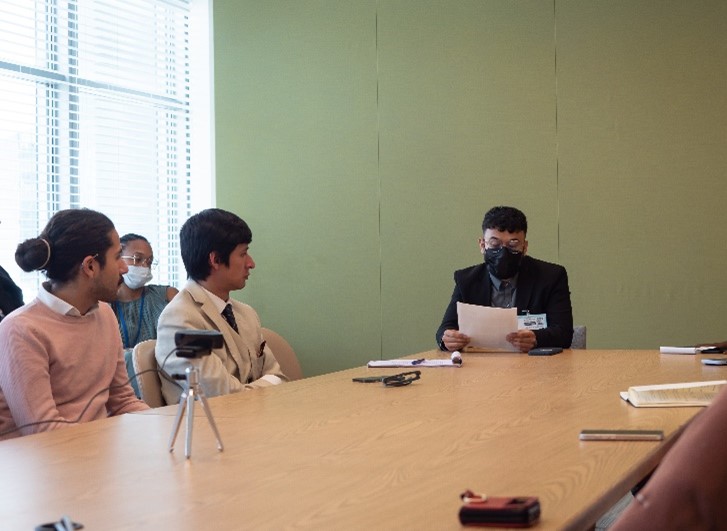 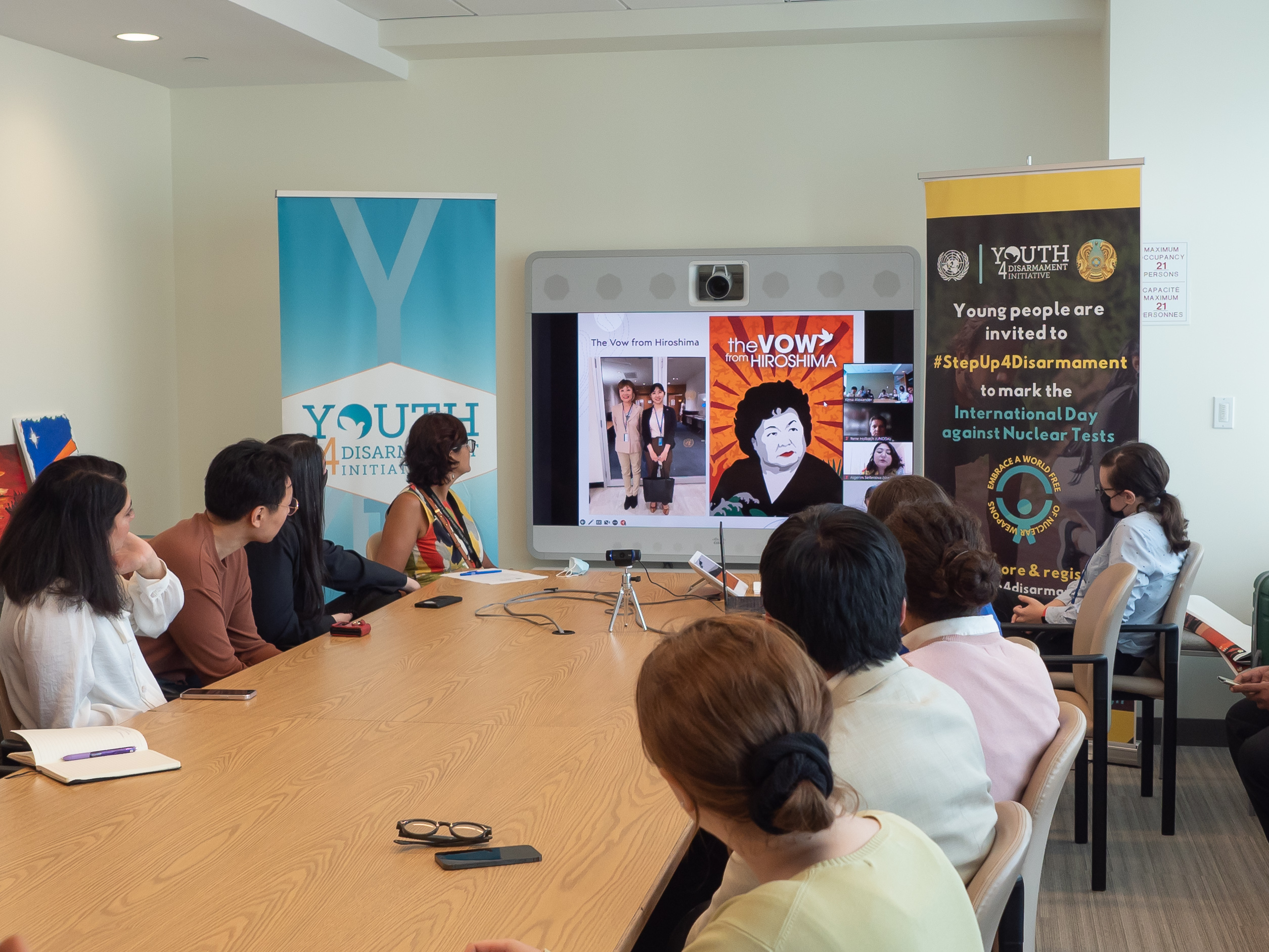 Closing the event, Mr. Michael Douglas, UN Messenger of Peace, commended the young participants for their passion and motivation to step up for the cause of disarmament in a video message. "Your actions will pave the way for establishing a peaceful future for generations to come and encourage us all to embrace a world free of nuclear weapons,” he said.

This year’s initiative marks the second campaign of #StepUp4Disarmament, which was first launched on 16 July 2021 to commemorate the 30th anniversary of the closure of the Semipalatinsk nuclear test site on August 29, 1991. 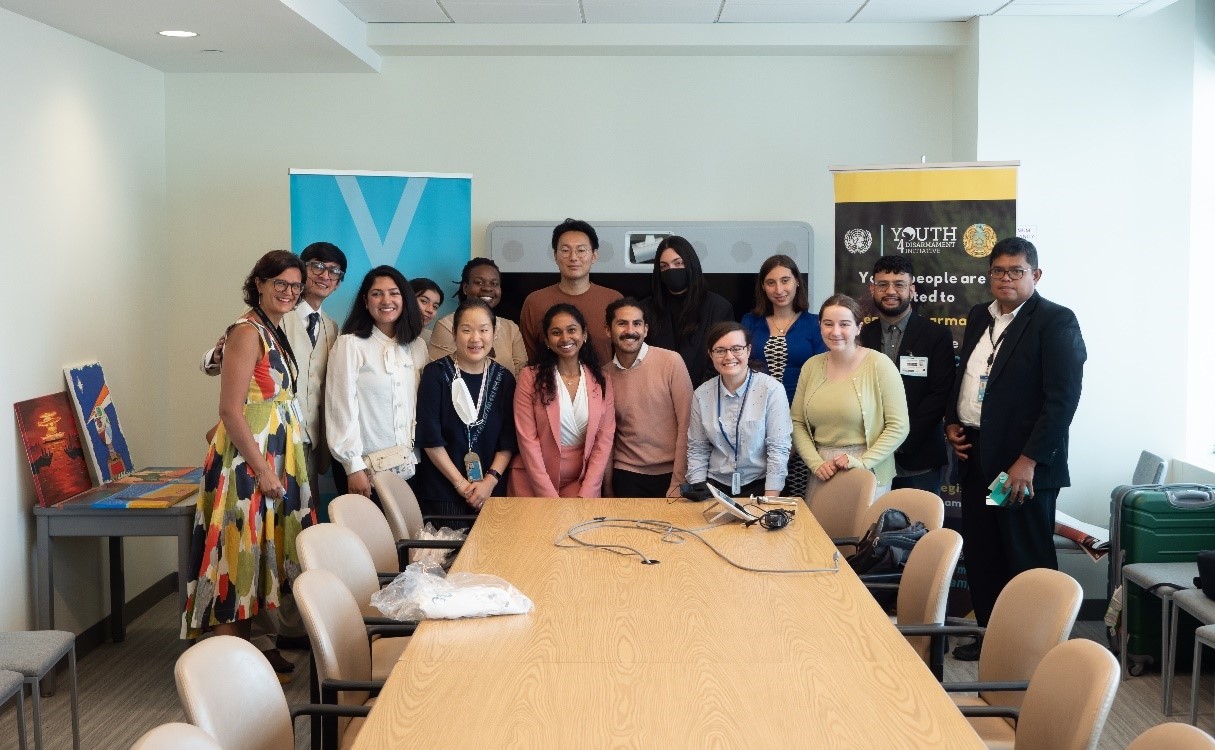